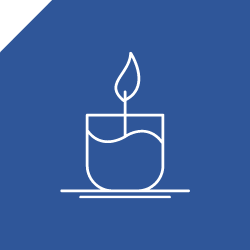 How to look after your loved ones after death

We explore why humans don't like talking about death and give actionable tips on stress-free inheritance planning. Turn your inheritance in to one last gift of love instead of leaving an administrative nightmare.

Studies have found that our brain shields us from existential fear by categorising death as an unfortunate event that happens to other people. We are hard wired to not dwell on our inevitable demise.

Yair Dor-Ziderman, at Bar Ilan University in Israel says: “We have this primal mechanism that means when the brain gets information that links itself to death, something tells us it’s not reliable, so we shouldn’t believe it.”  Being shielded from thoughts of our future death, plays a crucial role in being able to confidently live in the present but on the downside it is why people find it difficult planning their future.

Our brains create obstacles and biases making it very difficult to manage our own finances as there is no accountability. This is why you might find yourself “snoozing” the job for another month or even years. Death is one of the many things in financial planning we, as humans, shy away from talking about, such as the impacts of ill health on our finances. A huge benefit of financial advice is having a trained professional to coach you and your loved ones, or business partners, through difficult conversations.

Let’s get started by taking a look at inheritance and giving you five actionable things you can do now to prepare for the future.

How inheritance tax effects your beneficiaries

The subject of inheritance is a hot topic. Daniel Craig has both ‘shaken’ and ‘stirred’ the debate by stating he’ll be spending or giving away most of his fortune, rather than leaving it to his children. It’s an interesting point of view, made a little easier of course when you are a James Bond actor sitting on an enormous amount of wealth. You don’t need to be rich to use a financial adviser, most of us won’t amass those sums of money in our lifetime. However, this doesn’t necessarily mean you will avoid the issue of inheritance tax (IHT) if you feel it’s right to pass your wealth on to family members, children, grandchildren or friends.

It may seem that IHT impacts relatively few, but in 2019/20 HMRC collected more than £5.1 billion from thousands of families. The current threshold of £325,000 has been frozen until 2025/26, this move has been described by commentators as a stealth tax because the government is  predicted to receive £6.3 billion in 2023/24*.

IHT is usually levied on the value of all the assets of your estate when you die, after deducting any liabilities, exemptions, and reliefs. Assets left to a spouse or civil partner of the deceased are usually exempt, as are assets left to a charity. However, it is possible to ethically and responsibly reduce or mitigate the impact of IHT with some astute planning, ensuring that more of the wealth you’ve worked so hard to accumulate is passed to the people who you decide deserve it most.

Estate and inheritance planning tips to get you started

How to get around the complexities of inheritance tax

Making a plan, and adapting it to meet your changing circumstances, will ensure you don’t miss out on valuable tax allowances. There are so many nuances and complexities when putting any financial plan in place, let alone an inheritance one that links up and co-ordinates with every area of your finances. The process also sends you through a roller coast of emotions and sometimes you just need someone impartial to ask the questions you dont know to ask, in an empathetic way.

IHT is a complex subject, chartered financial planners train for years to acquire the knowledge needed to successfully plan for these complex areas.  If you are finding it difficult or you would prefer to spend your time on family, hobbies or work, it can be easy to put off planning for death to another day. The repercussions of this are huge for the people inheriting your wealth, the administration can create additional stress and money is often known to tear families apart. As well as being able to offer that expert financial advice, which could prevent them from paying more tax than they need to, Unividual have successfully bought families together when estate planning. Whilst having  a degree of discretion, this gives everyone an understanding of what will occur when a family member dies.  Together you and your adviser can ensure your estate goes to those you really want it to in a stress-free, well organised manner.

The value of pensions and investments can fall as well as rise. You may get back less than you invested.

Tax treatment varies according to individual circumstances and is subject to change.

Inheritance Tax Planning is not regulated by the Financial Conduct Authority.